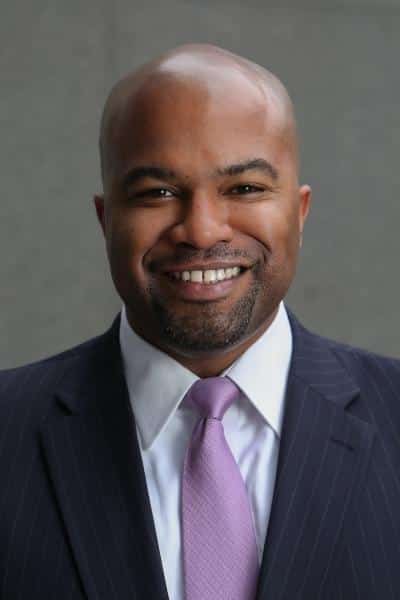 Harold has spent his career in economic development, with nearly 20 years of experience in small business development, venture capital investing, transportation and transit, workforce development, and public sector management. Prior to joining Wacif, Harold was the Director of Entrepreneurship at Prosperity Now, where he led the organization’s national efforts to advance policies and programs that increase business success for low-and moderate-income microbusiness owners throughout the United States. In addition, Harold has served as an advisor to the World Bank on the private sector, small business development, and business licensing strategies in Somaliland and greater Somalia, and served as an advisor to National League of Cities advising cities across the country on equitable development strategies.

From 2011 to 2013, Harold served as the fifth Director of Washington, D.C.’s Department of Small and Local Business Development (DSLBD) where he led the agency through its most aggressive expansion of small business financing and program services in the agency’s history. Confirmed unanimously by the Council of the District of Columbia, Harold served as the city’s chief advocate for small businesses, advising the Mayor and the Deputy Mayor for Planning and Economic Development on all programs, policies, and issues related to or affecting the local business community, and led the city’s agency responsible for supporting the development, economic growth, and retention of District-based businesses, and promoting economic development throughout the District’s commercial corridors. As agency head, he established one of the Kauffman Foundation’s Fasttrac program’s first citywide partnerships to create more than 250 new small businesses, launched the District’s first Procurement Technical Assistance Center (DC-PTAC), created the city’s first SBIR/STTR technology commercialization support initiative, capitalized over $3 million in small business financing programs, and executed over 50 agreements for $300 million in small business participation goals on construction projects in the city. Harold also developed and launched the city’s first export readiness and development program, and led trade missions to Singapore and South Africa to open international market opportunities for District-based small businesses.

From 2009 through 2011, Harold served as the city’s leading regulatory official for licensing and regulation as the Administrator for the Business and Professional Licensing Administration at the Department of Consumer and Regulatory Affairs (DCRA). As Administrator, Harold managed a $30 million operation with seven regulatory operating divisions responsible for issuing +70,000 business, professional, special events, and vending licenses; registering and maintaining +75,000 corporate entities; investigating unfair trade practices and unlicensed business activities; and inspecting +10,000 weighing and measuring devices used by businesses in the District. He also founded and successfully launched the city’s Small Business Resource Center (SBRC), a service that has assisted over 5,000 small businesses in five years with navigating the regulatory environment in the District of Columbia, and led the modernization of the city’s business licensing and registration processes with online systems and simplified regulatory frameworks. His career in public service also extends to work in the District Department of Transportation (DDOT), the Washington Metropolitan Area Transit Authority (WMATA), the New York City Department of Small Business Services (SBS), and was appointed in 2007 by the Mayor of the District of Columbia to serve as the small business emergency response manager charged with ensuring the successful continuation of the city’s oldest public market, Eastern Market, which was severely damaged by a 3-alarm fire.

Harold is a 2017 OFN Opportunity Fellow, 2016 Common Future Local Economy Fellow, 2015 Next City Vanguard, and was honored with public service appointments in Washington, D.C. as a Capital City Fellow during the administration of Mayor Anthony Williams, and as New York City Urban Fellow with the City of New York in the administration of Mayor Michael Bloomberg earlier in his career. Harold has received numerous professional accolades including the 2016 Leadership Center for Excellence’s 40 Under Forty, 2016 NC State Alumni Association’s Outstanding Young Alumnus Award, Development Counsellors International’s inaugural 40 Under Forty in economic development 2013, and 2011 Envest Foundation’s Top 40 Under Forty award.

Harold serves as a member of the Board of Directors for Common Future, the Coalition for Nonprofit Housing and Economic Development (CNHED), and the Ward 7 Business Partnership (also known as the Deanwood Heights Main Streets). In addition, he has served on the boards of the Washington DC Economic Partnership, the Capital Area Minority Supplier Development Council, and the National Capital Area Chapter of the American Planning Association. Harold’s local involvements have included membership of the Equitable Development Task Force for the 11th Street Bridge Park, the Local Advisory Board for BUILD Metro DC, and as a mayoral appointee to the DC Business Regulatory Reform Task Force, Strategic Advisory Group for the DC Five-Year Economic Development and Job Creation Strategy, and the Sustainable DC Green Cabinet. Harold has a Master’s of Urban Planning from New York University, and a B.A. in Political Science from North Carolina State University, where he has also served as a member of the university’s Board of Trustees.